If you want to make an apple pie from scratch, you must first create the universe.

This is the personal web site of Erik Nyström. It has been brewing since 1998 and was much bigger in the golden days. Now it's more of a place holder for my interwebs domain.

It's mostly validated HTML and light on the graphics. You can access this site from an old computer, with a browser that's not even supporting images, on a 28,8 kpbs modem, and you won't have to wait an eon for any of the pages to load.

My family emigrated to from Sweden to America to build a New World with freedom and civil liberties. Patriotism means protecting those.

Computer enthusiast from northen Sweden who is currently working at the IT deparment of the Galactic Empire, directly under Darth Sidious. In contrast to Linus Walleij I was not fired by Palpatine due to lack of work.

Feel free to contact me and I will probably feel free to ignore you. Send your mail to my first name at this domain. If you can't handle this, don't bother. 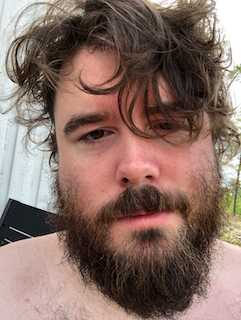 Here are some things I host. I want to host them myself to guarantee that they won't disappear from the internet when the original source goes down. And they will go down.